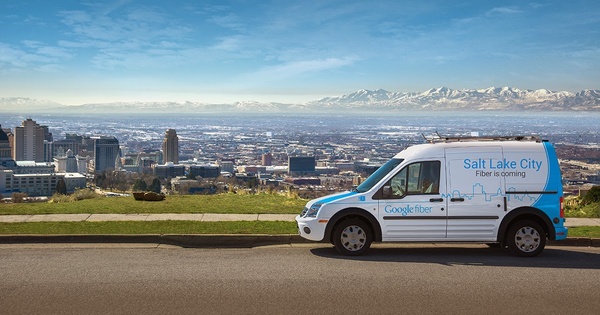 Google has announced that Salt Lake City, Utah is the next lucky city to get access to Google Fiber Internet and TV.

The Internet service, which offers 1 gigabit download speeds that are on average 40 times faster than average cable connections, is currently only available in 7 regions.

Google says the city is now being fitted for fiber-optic cables and the build out is expected to be completed by the end of the year.