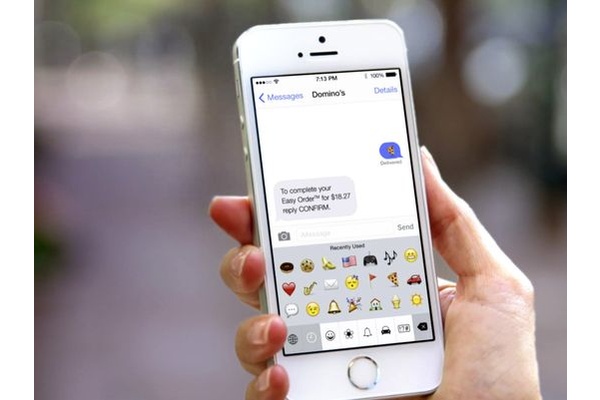 Starting next week, Domino's will begin rolling out a 'tweet-to-order' system that will allow hungry consumers to order via Twitter.

Making it even easier, all you will have to do is send a pizza emoji to @Dominos to get the process started. "It's the epitome of convenience," says Patrick Doyle, CEO at Domino's. "We've got this down to a five-second exchange."

Twitter has 302 million monthly active users sending over 500 million Tweets per day, but the company continues to struggle to maintain profits. Such creative uses of the platform are the next step in Twitter's plans. "Our hope is that advertisers will keep innovating this way," said Twitter spokeswoman Genevieve Wong. "Twitter is the best platform to be creative like this."

Domino's has been among the most tech-savvy companies in regards to ordering letting consumers order through Smart TVs, Android Wear watches, their own voice app and Pebble watches.