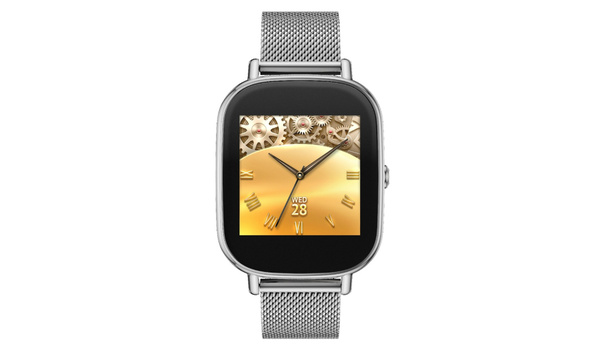 Asus has launched the ZenWatch 2 today, a sequel to their first Android Wear smartwatch.

The watch keeps the same rounded design of its predecessor (and from the Apple Watch), while offering two sizes, three stainless steel casing colors and 18 different color/strap material combos allowing you to wear the watch for whatever occasion you may need it.

Updated from the original is a new crown and the addition of a magnetic charger that the company says will improve recharging times. The watch also now has IP67 water-resistance.

The watch runs on Android Wear 5.1.1 although Asus did not reveal which version it will ship with. On top of Android Wear is the company's own ZenUI tweaks which include FoneHelper, activity and fitness tracking, and Enhanced Remote Camera. ERC is easily the coolest feature of the bunch, as it syncs the wearer's smartphone camera viewfinder to your wrist. This could be helpful when taking pictures from harder angles, or even possibly selfies.

Asus also confirmed that the watch offers 3-4 days of battery life per charge, a huge improvement over the Apple Watch and other Android Wear devices that offer in the 18 hour range.

The smartwatch will sell for $199 when it launches later this year.