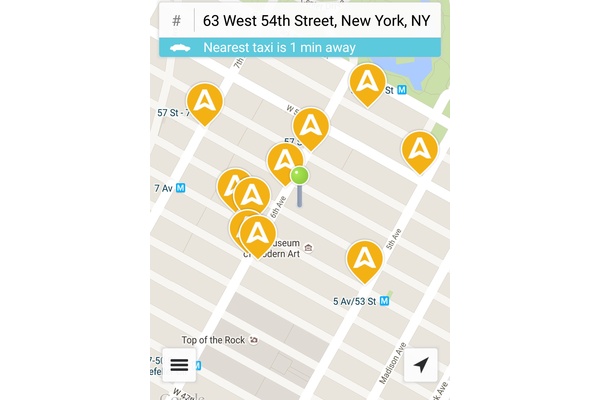 Having started developing an app in early 2014, the New York City taxi industry is finally ready to fight back against Uber.

The new app, called Arro, will let New Yorkers hail a traditional yellow or green taxi except without the controversial surge pricing of Uber. The industry also claims that Arro is faster and more reliable than Uber.

Arro is currently being beta tested in just 7000 cabs but will launch publicly in a couple of weeks. Over the coming months all 20,000 NYC taxis will be compatible.

"We thought that there was a void in the taxi industry, certainly in New York and in other big cities," said Mike Epley, director of product management at Arro while completely forgetting that Uber exists. "We see the demand, both on the driver side and on the passenger side. And we want to fill that."

Arro has also partnered with Creative Mobile Technologies, the company that controls the video screens and payments systems that are available in most yellow and green cabs. This sends messages directly to the cabbies when a ride is being hailed. Just like Uber, when you hail a cab, the driver is given your address and name and in return you are given the driver's name and their medallion number (rather than car description, obviously). Your credit card info is stored so you can pay from your phone including tip.

The taxi industry has been beat down since Uber started in 2013 with the value of taxi medallions falling to $700,000 now from $1.3 million in June 2013. Medallions are required to be purchased to drive a yellow cab in NYC and therefore most of them are owned by companies and then drivers are hired.