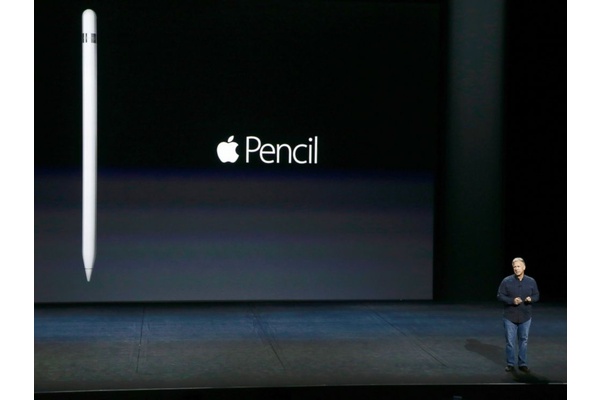 Alongside the launch of the iPad Pro, Apple also unveiled a new high-precision stylus, the Pencil.

The Pro is aimed at professional artists and designers who could use the higher resolution and larger canvas and the stylus, at least in practice, looks like a great way to keep drawings precise.

Additionally, the Pencil can respond to different pressure and different angles, allowing for a reportedly seamless transition from pin point to broader brush strokes.

"Highly responsive sensors built into the tip of the Apple Pencil work with the iPad Pro display to detect position, force and tilt," says Apple's design chief Jony Ive. "With force data you can press lightly to get a thin stoke or press harder to get a darker, bolder stroke. Signals emitted from two locations in the tip calculate the angle and orientation to produce broad or shaded strokes."

Here is a good look at the Pencil: