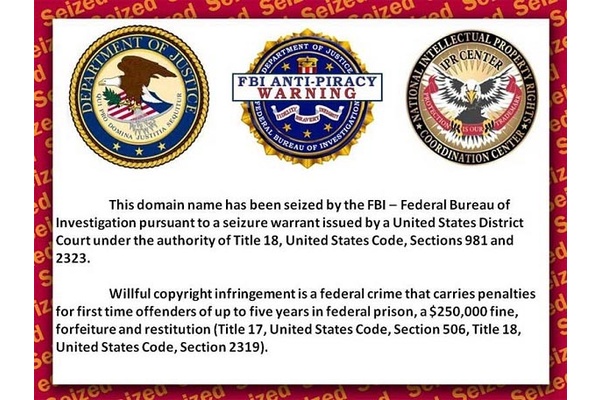 Both ShareBeast and AlbumJams now have the FBI/DOJ takedown banner and the RIAA was quick to boast of the shutdown of the sites.

According to the RIAA, the Sharebeast network of sites had a massive library of tracks, including thousands of "pre-release leaks." The RIAA added that they submitted DMCA takedown notices for over 100,000 songs on ShareBeast alone.

"Millions of users accessed songs from Sharebeast each month without one penny of compensation going to countless artists, songwriters, labels and others who created the music," said the statement. "We are grateful to the FBI and the Department of Justice for its strong stand against Sharebeast and for recognizing that these types of illicit sites wreak major damage on the music community and hinder fans' legitimate listening options."

While ShareBeast certainly was popular, it paled in comparison to heavy hitters like Torrentz.eu in popularity and files available.