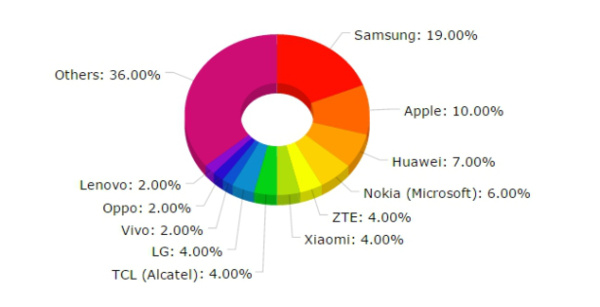 According to new research from Counterpoint, Samsung was the undisputed king of smartphones for the second quarter.

For the Q2, Samsung had 21 percent of global sales, beating out Apple at 14 percent and Huawei at 9 percent. ZTE and Xiaomi rounded out the top 5 at 5 percent each.

In most continents, the numbers were similar, except for North America where Apple had a 31 percent share to Samsung's 24 percent. Of note, Xiaomi actually beat out Apple in Asia, at 11 percent to 10 percent.

Also of note, Samsung had 19 percent of all mobile phone sales for the quarter, which includes non-smartphones, as well. 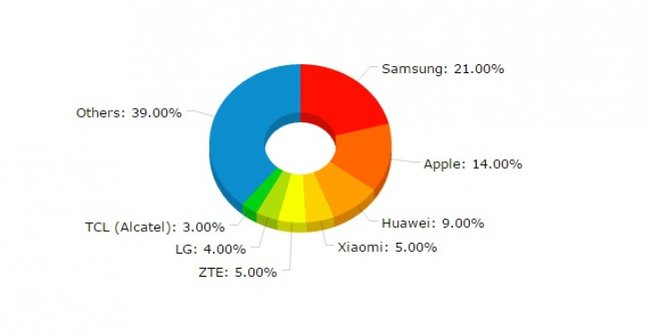