Solu is a new Kickstarter project that aims to revolutionize computing 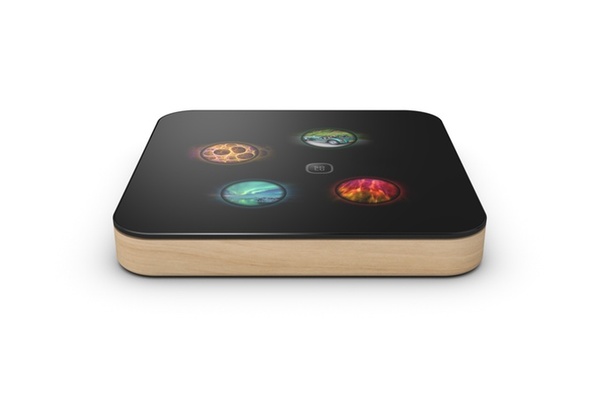 A Finnish startup by the name of Solu Machines has introduced a new type of computer in San Francisco, CA. Solu, as they call it, is a mobile computer that relies solely in the power of cloud computing.

Everything about the small square box, veiled in wood in a very Scandinavian fashion, is stored in the cloud. This doesn't only mean the pictures and videos but also the settings in the operating system and apps that you use.

Even though Solu can be used as a separate device, connecting it to the peripherals typically connected to a PC (e.g. mouse, keyboard, display, etc) will reveal it's full potential. The device itself encompasses a 1440 x 1440 resolution 450 ppi touchscreen, 4 gigs of RAM, 32 gigs of storage and Nvidia's SOC with a quad-core processor.

Device demoed at the presentation was a prototype and Solu Machines is now looking to fund production on Kickstarter. A single Solu costs a 349 euros (just under $400) but for more adventurous crowd funders there are obviously other types of packages as well. The company is looking to ship the first final versions to customers in Q2 next year.