AT&T to drop contracts for good next week

AT&T is preparing to drop contracts on January 8th, making it the latest carrier to move away from two-year contracts and subsidized phone purchases.

Just like with rival carriers, you will have to pay for phones completely upfront or with no-interest installment plans over one or two years.

In June, AT&T stopped offering smartphone contracts through its local dealers and retail partners, but the deals were still available online and if you asked for a contract extension in stores. 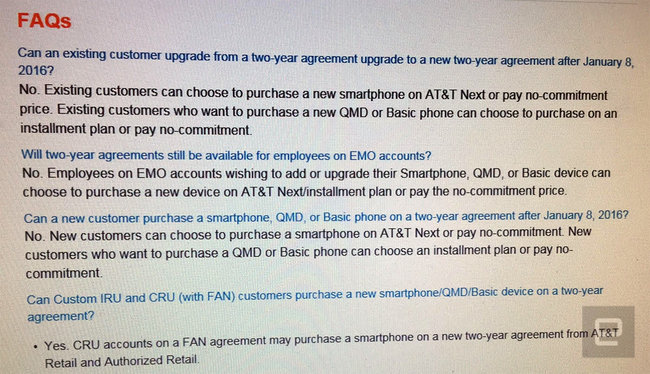