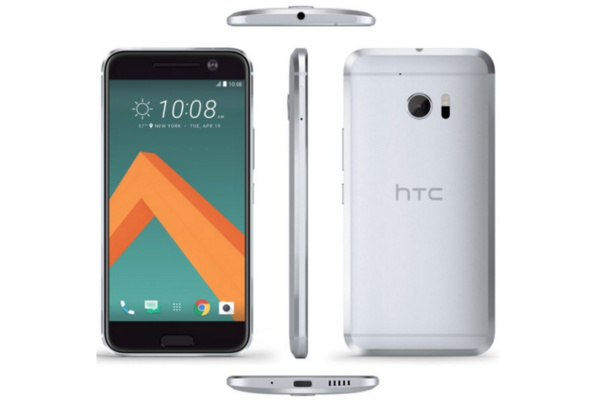 HTC has revealed its newest smartphone called simply the 10. It's the successor to years of One lineup that ended in One M9 last year.

HTC 10 clearly carries the same design principles from previous One models. It looks like one continuous piece of metal, just like its predecessors. Of course the innards are what matter, and HTC has covered certainly all the basics.

Specs include octa-core Snapdragon 820, 3 (32GB model) or 4 gigs of RAM (65 GB model), a 5.2 inch Quad HD display, and 12 and 5 megapixel cameras. The camera in the back, hailed already as one of the best around, has larger than conventional pixels which qualify it as an UltraPixel camera.

The phone features a 3000 milliamp hour battery, Type-C USB, and stereo speakers. Unfortunately the so called Boom Sound speakers are no longer front-facing. HTC 10 will be available in four colors (Carbon Grey, Glacier Silver, Topaz Gold, and Camellia Red) on April 12 for $699.