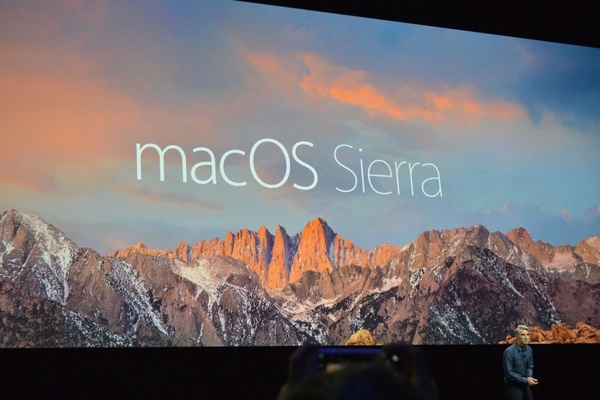 As expected, Apple used their WWDC event today to officially change the branding of their Mac operating system OS X.

The OS will now go by macOS, a smart move by the company that will simplify its ecosystem which now includes watchOS, tvOS, iOS and macOS.

In addition to the name change, Apple also announced the upcoming macOS will be called Sierra and it will include built-in Siri support. Available for iOS since 2011, Siri for desktop will work similarly. Click on the Siri icon and you'll be able to use the 'personal assistant' to look up whatever you need, or set timers, reminders, calendar items, etc. You will also be able to search your on files using Siri, which could be useful.

Finally, Apple is updating 'Continuity' by adding a universal clipboard for copying between iOS and macOS devices and adding automatic unlock options if you have an Apple Watch. iCloud has also been updated on the file management front, letting users sync between desktop and documents folders on multiple devices.

Expect a Sierra beta soon and a final release in September.