For some reason, BlackBerry released a new Android smartphone 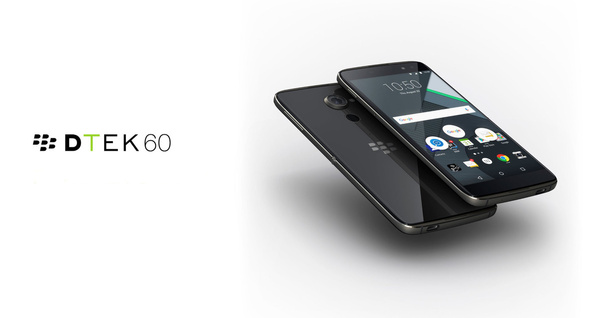 BlackBerry has unveiled their latest "secure" Android phone, the DTEK60, following up on this year's mid-range DTEK50.

The phone is available unlocked for $499 and is built by China's TCL with a very basic but nice metal-framed, dual-glass panel design.

At launch, the DTEK60 will have Android 6.0, a BlackBerry-secured bootloader, Hardware Root of Trust, a DTEK app and the promise of lightning fast security patches. BlackBerry has also included their HUB, Calendar and Keyboard productivity apps.

The smartphone has a QuadHD resolution, 5.5-inch display, is powered by a Snapdragon 820 processor, a 3000mAh battery with QuickCharge 3.0, a 21MP rear camera, a backside fingerprint scanner and a new USB-C port.

Earlier this year BlackBerry got out of the hardware business and now licenses its brand and apps to other manufacturers. The company also said it is not looking to the average consumer but rather to corporate and government buyers.