The Grand Tour is the most pirated TV show ever 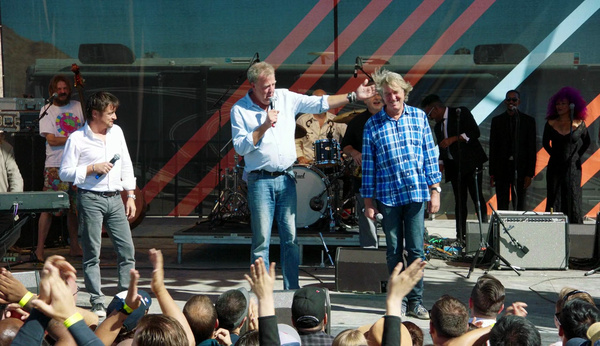 The first episodes of Amazon's super expensive 'The Grand Tour' are the most pirated TV show episodes ever, according to an industry analyst.

The Amazon Video exclusive, starring Jeremy Clarkson, Richard Hammond and James May, has an astonishing Ł160 million budget as Amazon looks to lure subscribers to its Prime service. So far the show has been well received and generated many millions of viewers.

However, it has broken another record for viewers that might not prompt much celebration from Amazon, as is reportedly the most pirated show ever. It dethroned HBO's 'Game of Thrones' rather quickly, according to industry analyst Muso, which tracks piracy affecting digitally distributed content.

Muso's numbers show that the pilot episode of The Grand Tour was downloaded illegally more than 7.9 million times. The second episode followed with 6.4 million illegal downloads, and the third at 4.6 million. Pirates in the United Kingdom are responsible for the largest chunk of downloads, at about 13.7 percent.

Given that Amazon was hoping to use the show to bump subscribers in the UK, where the three former Top Gear presenters are very popular. The reboot of BBC's Top Gear after the departure of Clarkson, Hammond and May has been a failure, with Chris Evans already quitting as a host and ratings tanking.