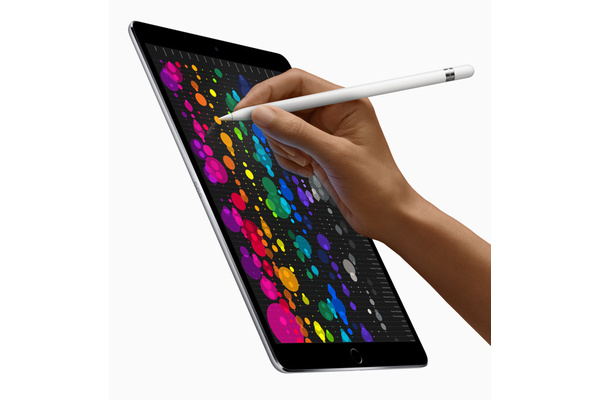 Apple CEO Tim Cook wasn't kidding when he said in the opening of the Worldwide Developer Conference (WWDC) yesterday that there's a lot to talk about. Skipping the typical recap of the year in numbers, Apple employees went straight on to updates and new products.

The day was mostly filled with operating system updates but there was surprisingly many product launches as well. Usually Apple only refreshes their Mac line and maybe touches on some niche products, like the Apple TV or Apple Watch, during the WWDC.

This time around the audience consisting largely of developers – it is a developer conference after all – witnessed quite a few new devices. In addition to unveiling the new Mac Pro and even a completely new HomePod, the company unwrapped the new and improved iPad Pro.

The smaller iPad Pro has grown from a 9.7 incher to a bigger and better 10.5 inch display. The size however has now budged as the company has managed to squeeze the bezels to incorporate the bigger display that hosts a new technology called ProMotion.

The larger version has the same ProMotion display but sticks with the 12.9 inch panel.

ProMotion is essentially Apple's marketing term for 120 hz refresh rate, which is nothing new in displays in general but is impressive in a tablet device. ProMotion actually goes a little bit deeper than that since it includes a dynamic refreshing which means that it adapts to the content. The contextual refresh rate allows the iPad Pro to keep the power consumption low while performing well when needed.

The new displays are also a third brighter at 600 nits and support HDR video.

Both new iPads feature a A10X Fusion SoC which has three performance driven cores and three lower clocked and less powerful ones for stand-by and other less power consuming needs. A10X Fusion includes a 12-core graphics chip which is 40 percent faster than the one found on A9X.

The new camera in the iPad Pro is 12 shooter with a optical image stabilization for those having trouble holding the 1.05 (or in the 12.9 inch case 1.53) pound device steady.