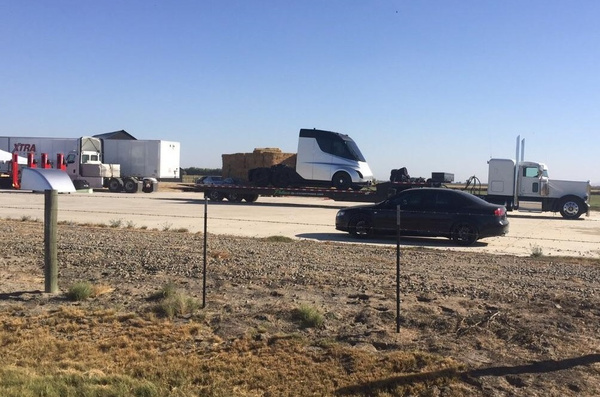 Tesla CEO Elon Musk told last month that the upcoming semi-truck will be revealed late October. Now, the front man of both Tesla and SpaceX has pushed the event back a little bit.

Originally unveiling of "the beast" was meant to be 26th of October but after issues with Model 3 as well as a possible new initiative with Puerto Rico the semi-truck event has been pushed back to mid November.

Elon Musk says the new date is November 16th, as Tesla is "diverting resources to fix Model 3 bottlenecks and increase battery production for Puerto Rico and other affected areas."

Analysts expect the semi to hit the streets in 2020 and cost $100,000 with additional costs for replacing batteries.