T-Mobile adds another limit to its 'unlimited' data plans 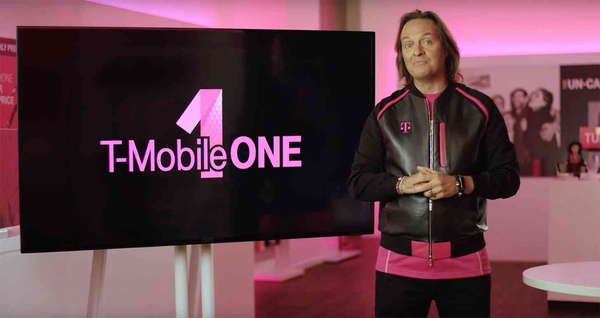 As with most, if not all, so-called unlimited data plans the T-Mobile ONE and T-Mobile ONE Plus are limited in some ways. You will get unlimited amount of data but after a certain cap the service provider will slow down the connection or throttle.

With T-Mobile ONE and ONE Plus the limit is 50 gigabytes. After using the 50GB of LTE data you'll likely be slowed down to a crawl, especially during the more congested hours.

After unveiling a new 'Mobile Without Borders' deal in 2015 to all ONE and ONE Plus customers, you've been able to enjoy that oh so sweet LTE data abroad in Mexico and Canada. For now.

T-Mobile is going to limit LTE data further, and starting next month customers with T-Mobile ONE and ONE Plus plans only get 5 GB of guaranteed LTE data in Mexico and Canada. After that you'll be throttled to 256kbps connection with ONE Plus and 128kbps with ONE, BGR reports.

According to T-Mobile less than one percent use more than 5 GB of data on their trips abroad. The company is trying to "prevent usage beyond the intent of the product" with the new 4G LTE limit.

The limits go into effect on November 12.