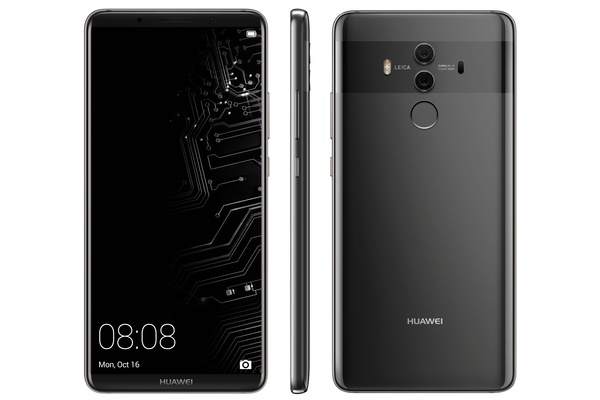 Huawei is the world's third largest smartphone manufacturer, right behind Apple and Samsung. In fact, it even surpassed Apple in the second quarter last year. However, it is not a popular brand in the U.S., and there are a few hurdles before it'll succeed here, at least if AT&T are concerned.

America's second largest mobile carrier, AT&T, has just backed out from a deal with Huawei, Wall Street Journal reports. According to reports, the Chinese manufacturer was ready to unveil the partnership with AT&T at the Consumer Electronics Show, CES, in Las Vegas this week.

Instead, AT&T cancelled last minute which left Huawei at the trade show just showing off their Mate 10 Pro (pictured) flagship without a major announcement. Huawei's press conference was held and the company still announced Mate 10 Pro availability in the US but without the help of AT&T or any other carriers for that matter.

Neither of the companies have commented on reasons why AT&T backed out but reports say that it was due to data security concerns that have loomed over Chinese manufacturers.

Government influence might have been behind the decision as US officials have been worried about Chinese espionage via Huawei's, and other Chinese manufacturers', handsets.