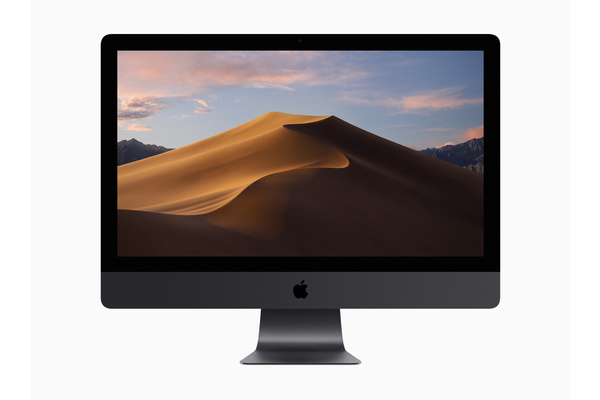 Apple introduced yesterday the updated version of macOS. The 10.14 version carries the name macOS Mojave, and brings along a few interesting improvements.

Perhaps the most requested, and most visible, update is the new dark mode. People have been requesting a dark theme for quite a while, and now Apple provides us with a mode with both darker navigation elements and windows but also a custom dark wallpaper of the Mojave desert that obviously inspired the name of the release.

While dark mode might be the most visible new feature, it might be Desktop Stacks that are the most significant. Stacks are like folders, except with a click they explode on your desktop and when you click again they stack up again to clean up your desktop.

There are also improvements to Finder with a new Gallery view to show larger pictures and more metadata details as well as Quick Look now supports quick edits to both pictures and video.

Following Microsoft's suit Apple has updated their screenshots to have a quick link to edit and share straight after a screen grab has been taken.

Continuity on the other hand got a Continuity Camera feature which allows you to use your phone camera to take pictures for macOS devices and embed them easily to documents you are editing.

One of the more surprising updates was to Safari. Apple has improved the security of their web browser by not allowing Facebook gather data using Like and Share code on the websites. Apple also said that it made it much harder for unwanted data collectors to gather a digital fingerprint of Safari users.

Mac's App Store got a little revamp too with a new and improved layout and Metal now supports external GPUs if you need much more graphics prowess on your Mac.

The update will arrive later this fall but testers can already start using Mojave.