Remember the terabyte microSD card? You can buy it now 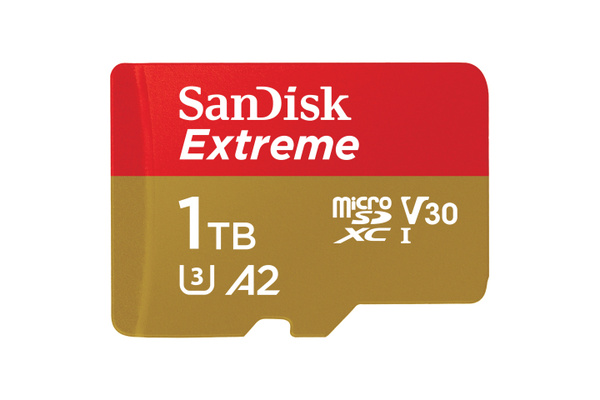 Just a few months ago we wrote about the new microSD cards coming to the stores near you in the summer of 2019. Well, depending on where you live, the summer is here.

Those pinkie fingernail sized memory cards that can store a whopping one terabyte of data are now available. One of the leading flash memory brand, Sandisk, has announced that their new terabyte microSD card is in stores now.

Obviously not everyone is going to need a terabyte of storage in a such a tiny fashion, traditionally in a smartphone.

However, if you live on storage capacity on your mobile device, this will make your live much easier. That is, if you are willing to shell out around $450.

The specs are within the UHS Speed Class 3 (U3), which means it's fast enough for 4K video recording, which it might be the most useful for.

While you might not be up for paying hundreds of dollars for the largest commercial microSD card available, as with everything, the prices will eventually go down. Now it's just a matter of time when you'll have potentially one full day of 4K footage on your fingertips.