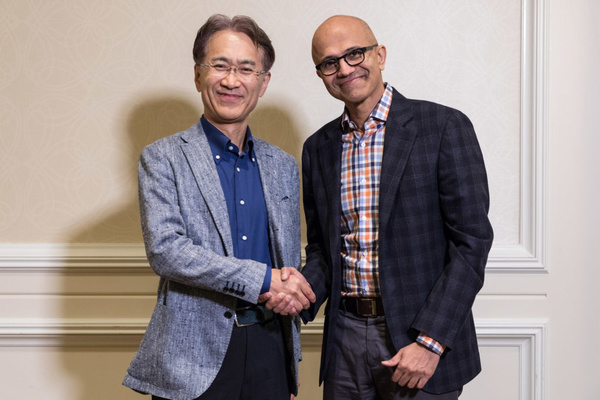 Microsoft and Sony have been fighting in the console wars for nearly 20 years ever after the introduction of the original Xbox.

Well, turns out that the two companies can still agree on something, as they've just signed a cloud gaming and AI deal.

According to the new agreement, the companies join forces in developing cloud gaming systems on top of Microsoft's Azure cloud platform. This means that Sony's current cloud gaming service will use Microsoft Azure, and the development continues there.

Some parts of the Microsoft's upcoming cloud gaming platform, dubbed xCloud, might be used in Sony's services as well.

While the partnership seems out of ordinary for such long-standing competitors, it's clear that perhaps both have been worried about other competitors, whether it'd be Amazon with cloud services or Google with their new gaming service Stadia.

The AI part of the deal includes Sony's smart camera sensors that will use Azure AI platform. In addition Sony will use Microsoft's AI expertise in some of its consumer products.