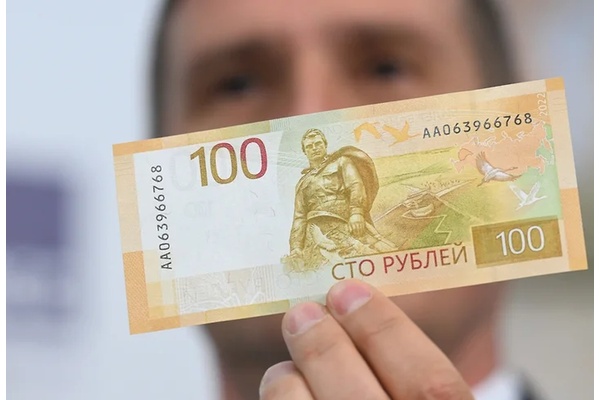 "What looks and feels like a real paper money, but doesn't work?" Well, obviously, that is Russian paper money.

But there's a small problem with all that: you can't withdraw the new bill from ATMs and you can't pay with it in stores.

Thus, in order to get the new bill into circulation, the ATMs and cash registers need to be updated in order to recognize the new bill. And Western manufacturers simply wont do that due the sanctions against Russia. Even banks refuse to take the bill, as they don't have updated hardware to detect fake bills from authentic ones.

So, new paper money theoretically exists, but it can't be used.

The fact was actually officially announced by Russian Central Bank itself in its recent press release (link in Russian).