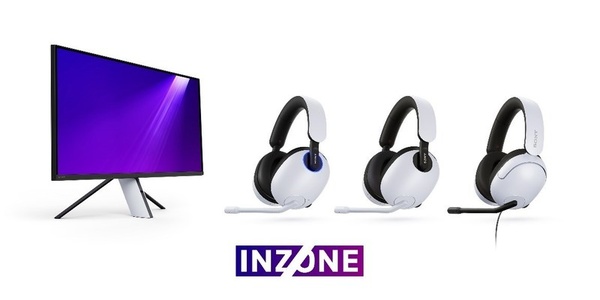 Japanese electronics behemoth, Sony, has announced a new gaming brand under their computer hardware and peripheral department. The company calls the new gaming gear Inzone – or INZONE, as they'd like them to be stylized.

Sony's obvious plan is to challenge the Asian electronics competitors that have already created their own gaming brands, and in many cases sold branded gear for years, even decades.

These companies include the likes of Asus with their Republic of Gamers that was brought about as early as in 2006. The brand has become one of the company's most valued possessions, and spans across computer hardware like motherboards all the way up to more mainstream gaming gear like headsets and even gaming-focused smartphones.

Others, like Lenovo with their Legion line of devices and Acer with Predator offer similar lineup of products, including but not limited to laptop and desktop computers, monitors, gaming mice and keyboards, and headsets.

While the range of devices in the gaming gear market is expansive, Sony has decided to enter it in a careful manner with just a few products that are to be released this summer.

As one of the most influential gaming-related computer hardware, and also a very important part of Sony Electronics' history, the company has decided to produce a monitor for the gamers. Sony is of course known for its quality display production ever since the CRT times, and while is no longer the powerhouse of the 90s and early aughts the company is still producing some of the best TV screens and professional monitors around.

The Inzone M3, on the other hand, is a gaming monitor with a Full HD resolution with DisplayHDR 400 certification, with the same 27-inch panel size. It doesn't offer quite the same color precision or picture quality but some of the more important aspects for gamers, like VRR and G-Sync support, are there.

While the Inzone M3 is a lesser product in some respects, it does provide a better 240 Hz refresh rate that might be especially useful in first-person shooters or other games relying on the fastest of reflexes.

Both of the models offer a low depth tripod construction on the stand, as well as cable management, which Sony says creates a comfortable user experience as well as plenty of room for peripherals and overall desk space. For gamers that like to use the keyboard in an angle and/or large mousepad, the small footprint makes sure that the stand is not in the way.

The stand also has height and tilt adjustments that are important for the ergonomics. Purely for aesthetics, the M9 also offers rear-lighting.

The M9 is also designed to work especially well with the PlayStation 5. It features Auto HDR Tone Mapping which automatically recognizes and sets the HDR settings. Also it can automatically change VRR settings and picture modes depending on the content that you are either watching or playing.

The Inzone M9 has a MSRP of $900 and the Inzone M3 can be purchased with a much more affordable $530. The former should become available during the summer, the latter some later time in 2022.

Sony is also the creator of some of the most impressive head-mounted audio hardware ever, so it's natural that this is the second area of gaming gear the company decides to pursue with the new brand. Expertise from studio headphones to arguably the best series of wireless ANC headphones is probably going to help you achieve pretty impressive gaming headsets, too.

As you might have guessed, the H9 is the flagship product. It is a wireless gaming headset with noise canceling and 360 Spatial Sound support. According to Sony their proprietary 360 degree sound technology allows the gamers to create a more precise picture of their virtual surroundings and have better spatial awareness.

In addition to the noise canceling option the headphones can also be used in ambient noise mode, which means that it reproduces the ambient sound around the gamer. This allows you to hear the surroundings easier with your headphones on. 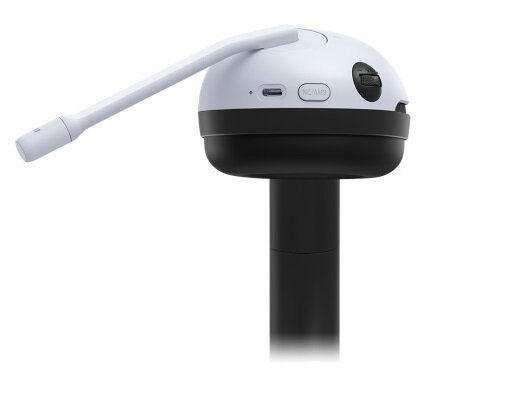 The NC and Ambient buttons on the Inzone H9.

The Inzone H9 offers up to 32 hours of battery life, and with a 10-minute recharge you can get another one hour of gaming time.

The middle range option in Inzone H7 is a wireless headset that doesn't offer the noise canceling (or ambient sound) but provides an even better 40 hours of battery life.

Both the H9 and the H7 have diaphragms that are designed and shaped to reproduce extremely high frequencies with high compliance in addition to providing authentic lower frequencies. This is where Sony's long-standing expertise in quality headphones should give them an edge.

The least of the three, the H3, are a more traditional wired gaming headset that do not have to worry about battery life but also don't offer many of the fancier features of its elder brethren.

As with the M9 monitor, the H9 and H7 headsets provide some interoperability perks for PS5 owners. The two headsets support changing of settings via the PlayStation 5 Control Center straight from their headsets. This includes the likes of changing the game audio and voice chat volume.