Amazon acquires Roomba maker for $1.7 billion, gets your home layout? 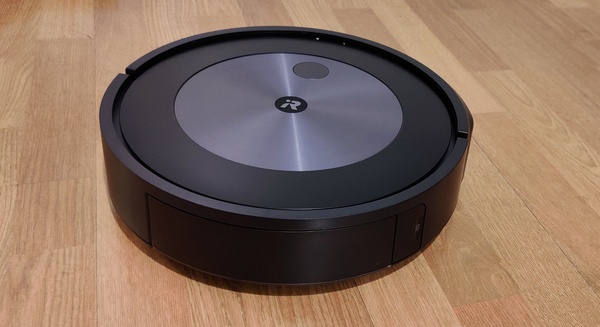 While Amazon's purchase of Roomba maker came as a surprise, the acquisition does make sense for the world largest shopping network that has been investing in smart home technology for years.

Amazon was the first to launch a line of voice assistant speakers in the form of Echo, shortly after Apple and Google had introduced their smartphone-tied assistants. The Alexa-equipped speakers, that Amazon has expanded tremendously over the years, have been a massive success for the company.

Some have suggested a somewhat hilarious, perhaps even sinister, reason for the iRobot purchase, as seen below. While it seems more like a baseless stab at Amazon's possibly nefarious nature, there's some truth to the concern.

In 2017, iRobot CEO Colin Angle told Reuters that they are possibly offering map data to third-parties free of charge, however, only if users have consented to sharing the data.

In fact, one of the parties was Amazon, and rapport between the companies was already established as iRobot had recently introduced Roomba compatibility with Amazon's voice assistant Alexa. They also have used Amazon's cloud service AWS for storing data at least since 2015.

Current policy on iRobot.com states "iRobot® will not sell customer data. We hope the information gathered by Roomba® will provide value to devices in the smart home, and nothing will be shared without the knowledge or control of our customers."

Furthermore, it also clarifies that "Clean Map™ Reports are not shared with third parties", which should easy your mind that at least the Clean Map Reports, which show the layout of the home, would in no case be shared with other parties.

However, this doesn't mean that the iRobot doesn't share them with Amazon now, though, since they have now merged into one entity. All this suggests, that while iRobot might not sell your data, or share it without your permission, they surely keep it for themselves, and for their parent Amazon.

We reached out to Amazon for a comment but haven't received a reply.

iRobot is the world-leading robot vacuum manufacturer known for Roomba and Braava cleaning robots. The company was originally founded in 1990 by MIT researchers, and their first commercial robot vacuum was introduced in September 2002.

The company has now sold at least 18 different series of Roomba robots that range from entry-level robovacs to the latest and greatest, self-emptying, AI-equipped robots with full mapping capabilities. Check this article of ours for an in-depth look at all the different models.

During the 20 years in business, the company has also produced many experimental and discontinued products, like the Scooba floor-washing robot that was replaced in 2016 by Braava line of cleaning robots.

The all-cash acquisition of $1.7 billion comes down to $61 per share price which was a fairly robust 22 percent premium over the company prevailing stock price.

iRobot stock took immediately to a steep climb and ended up at around $60 where it stabilized as Nasdaq closed for the weekend.