Nvidia and VIA follow AMD out of BAPCo consortium.

The Business Applications Performance Corporation (BAPCo) is a non-profit consortium tasked with developing performance benchmarks for computer systems based on widely used software applications and operating systems. BAPCo has been developing the SYSmark 2012 benchmark intended to be used by businesses and governments to make spending decisions.

On Tuesday (June 21), AMD publicly announced that it has left the BAPCo consortium, and said it cannot endorse the SYSmark 2012 benchmark. AMD's Senior Vice President and Chief Marketing Officer, Nigel Dessau, had questioned some aspects of the benchmark in a blog post last year titled "Have you Paid the 'SYSmark Tax'?", in which he estimated that government and educational institutions had needlessly spent over $7 billion during the preceding five years as a result of the SYSmark benchmark.

According to Dessau, BAPCo's response to the blog was a threat to expel AMD from the consortium. Nowadays most of us use applications that run HTML 5, use Javascript and other elements that benefit greatly from GPU acceleration. Internet Explorer 9, Microsoft Office, Windows Movie Maker and Adobe Flash are examples of applications given by AMD that benefit from GPU acceleration and are widely used.

The benchmarks then should be relevant to the applications that are used by people depending on the benchmark scores. AMD's major complaint is that SYSMark is comprised of unrepresentative workloads, ignoring the importance of heterogeneous computing in today's environment. It also accuses SYSmark of generating misleading results that lead to poor purchasing decisions.

While AMD clearly had issues with the SYSmark 2012 development, it stuck around to attempt to change it to a more open, transparent and processor-neutral benchmark, and did get some benchmarks introduced that it said properly represented what people do in a day, "instead of 35,000 line spreadsheets."

However, there still comes the issue of the weighting given to the real-world benchmarks, as the weighting is what really determines the score. Here is where AMD decided SYSmark 2012 was not properly representing the modern enviroment, saying it continues to distort workload performance and offers less transparency to users. 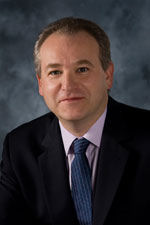 Nigel Dessau summed up the problems with the SYSmark 2012 benchmark with three main points...
AMD's decision to quit BAPCo was followed since by Nvidia and VIA. AMD is now considering other options, including the creation of a new consortium to establish a truly open benchmark that would measure overall system performance.

While the core of AMD's complaint does imply bias toward Intel, Dessau says that this is not the core reason for AMD's breaking from the BAPCo consortium, again, giving three reasons...
BAPCo responded to AMD's public flogging by saying that all BAPCo members were given one vote on any proposals made by member companies, and that AMD voted in favor of SYSmark 2012 development milestones 80 percent of the time. It also said that AMD was supported in all of the SYSmark 2012 proposals put forth.