PlayStation Vita goes up for pre-order, in Canada

Despite Sony's recent announcement that its Vita handheld would not be hitting North America or the EU until 2012, Best Buy Canada has still put the console up for pre-order, at least 5 months before any possible retail launch.

Additionally, Best Buy Canada says March 30th is the expected date for launch, although that is likely educated speculation by the chain.

The device has a massive 5-inch multi-touch OLED screen with 960×544 resolution, a multi-touch panel on the back, dual micro-analog sticks and will run on a quad-core ARM cortex processor. 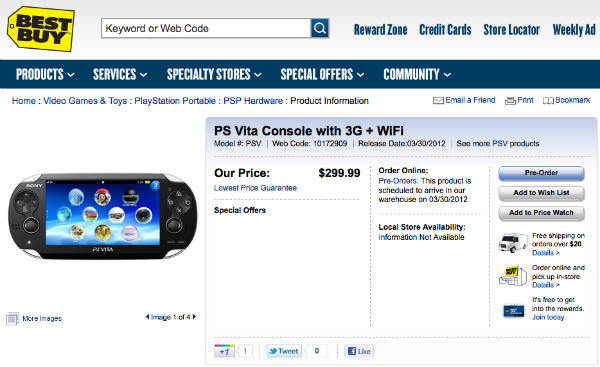