In total, it listed more than 40 motherboards that it said were Gen3-ready. Gigabyte rival MSI investigated the claims made by the Gigabyte press release and published its findings in a presentation. It seeks to discredit the claim that all the boards listed are Gen3-ready, and instead insists that only one of the Gigabyte boards is technically Gen3-ready.

The motherboard-manufacturer based its argument around the claim that if not all Gen3 components are available on a motherboard, then Gen3 will never be enabled. Intel Ivy Bridge CPUs with PCI Express Gen3 can deliver double the bandwidth (32GB/s Max) compared to Gen2, if the board is truly Gen3-compliant.

MSI made its points clear through a presentation (click to enlarge/browse images): 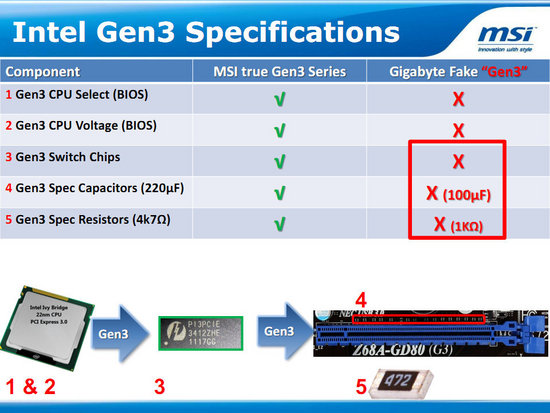 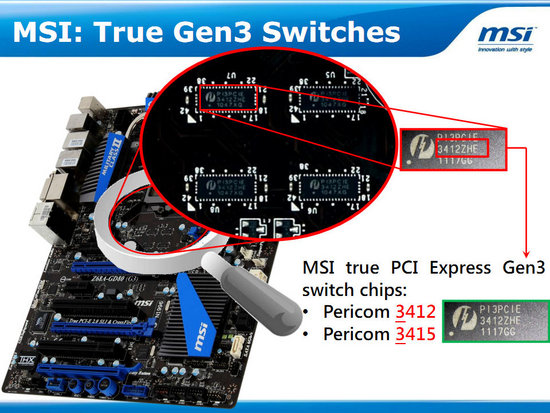 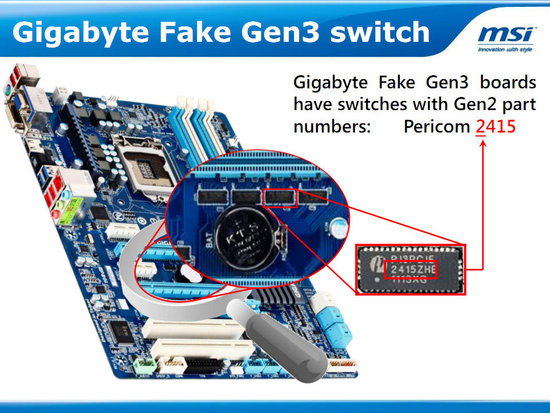 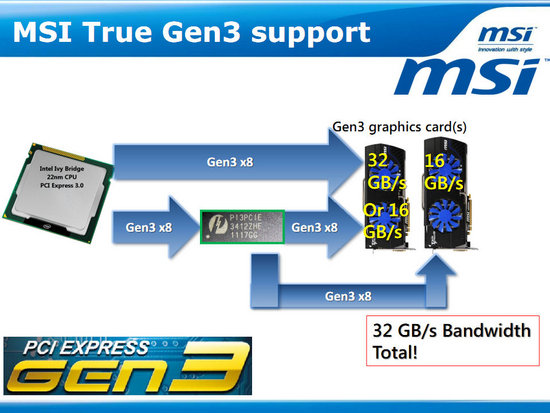 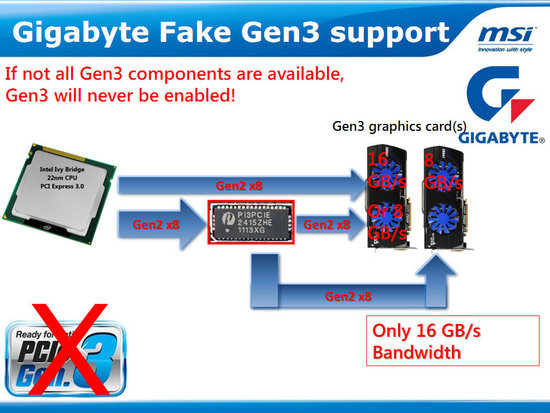 6 - Gigabyte Fake Gen3 Testing: MSI test of Gigabyte P67A-UD4-B3 with 22nm CPU with PCI Express 3.0, with latest BIOS (as instructed in Gigabyte release), results in board switching down to Gen1 x8. 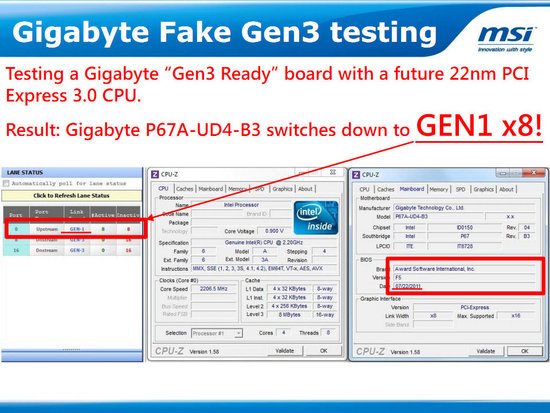 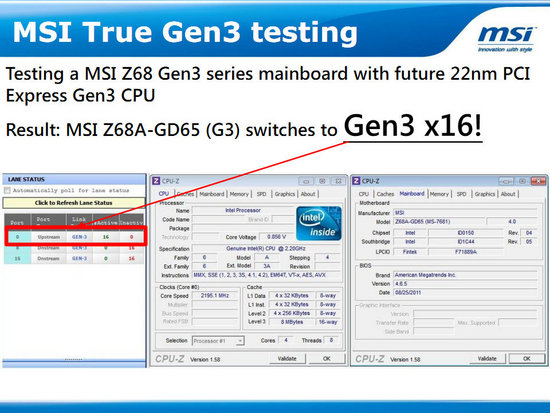 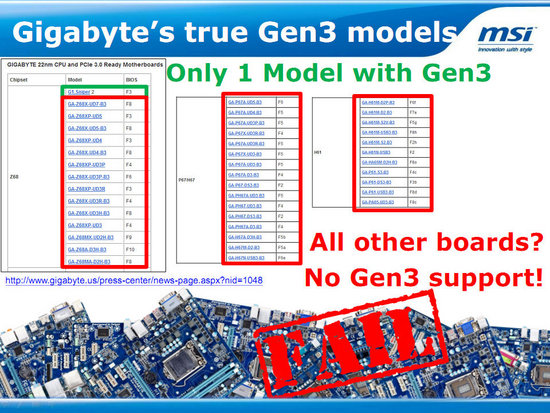