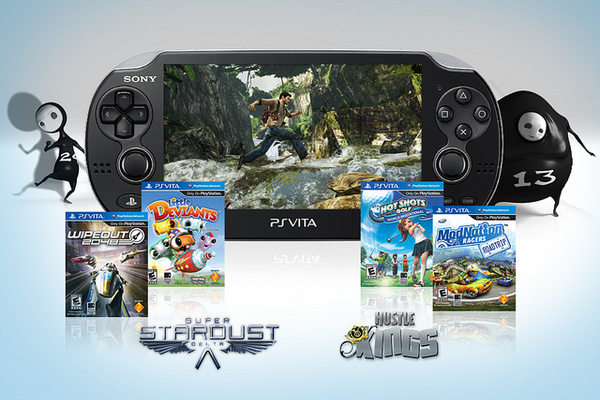 Sony has revealed all of the PS Vita's launch titles for when it hits Canada and the U.S. on February 22nd.

Sony's own titles include:

Additionally, the company has revealed their "release window" games, which will likely be available for the handheld console within 6 months:

Finally, the company has officially confirmed the prices of its memory cards. The memory cards are required to save games or use PSN downloads: