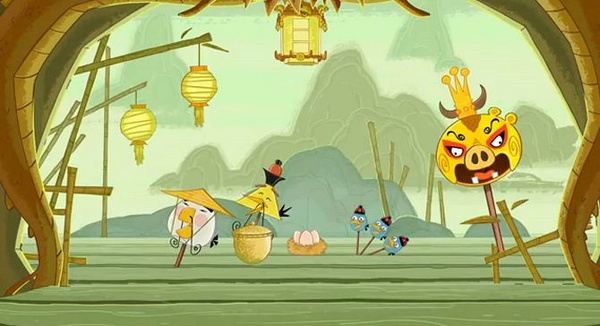 Rovio has teased its upcoming levels for Angry Birds Seasons.

The game, which is the most popular mobile game of all-time will see its second China-themed update, this one called "Year of the Dragon." Back in September, Rovio updated the game with "Chinese Moon Festival" levels, including hidden mooncakes.

This year, the Chinese New Year falls on the 23rd, and the levels will launch on the 20th.

Angry Birds Seasons is available on iOS for $1 and free in the Android Market (with ads).