Mapping the mobile landscape: What's growing on the Apple tree?

The end of the year is drawing closer, accompanied as always by the Christmas shopping season. In addition to the millions of tablets and smartphones being sold this also means a bumper crop of the latest devices from the biggest names in mobile computing.

The iPhone 5 has already seen record preorders and Amazon began shipping two new 7-inch tablets last week with the 8.9-inch Kindle Fire HD scheduled to leave the warehouse at the end of November. In addition to those offerings there is already a successful 7-inch tablet from Google and Asus, the Nexus 7. And of course the much hyped redesigned Windows 8, on both ARM and x86 powered tablets, is coming next month.

For a consumer in search of mobile computing Nirvana this may be the closest thing to paradise. For others the confusing array of offerings is perhaps more like purgatory. Most of them are similar from a technical perspective but they actually offer significantly different experiences. In fact it's fair to say that what consumers are looking for (and at) isn't the silicon and glass or any other of the bits and pieces that go into a mobile device.

The experience is what they're paying for and each product line varies greatly in that respect. The look and feel of a particular app or bit of content may be hardware bound, but the overall experience is largely shaped by the tablet maker's business model. Over the course of several articles we will take a look at what those models are, how they affect the smartphone and/or tablet experience for the user, and both the advantages and potential pitfalls they present.


It seems only natural to start where the modern mobile device market did - with Apple. Thanks to their well known dedication to secrecy and selective "unofficial" leaks Apple seems at first glance like a riddle wrapped in a mystery inside an enigma. They seem to frequently be ahead of the curve when it comes to innovative product designs and yet their detractors accuse them of being unoriginal and accuse them of intentionally limiting their customers via product design.

The reality is somewhere in between. While it's true almost every bit of technology inside almost every new Apple device is borrowed from elsewhere, that's what most innovation is. Likewise while a product like the 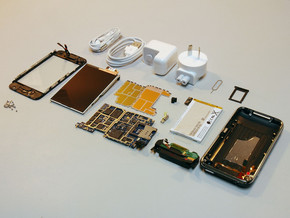 iPhone may not be an obvious evolutionary step from the smartphones which preceded it, the demand for devices with the various features it offers had to exist already or else it wouldn't have been such a big hit right out of the gate.

Apple's business primarily revolves around two basic philosophies. The first is a dedication to being a hardware company. That's different from almost every other successful mobile device vendor. They leverage the availability of low cost components from China with a not insignificant investment in ARM processor design and production to create products with almost unthinkably high profit margins. It's hardly surprising it's the iPhone, rather than the iPad, which launches at this time of year considering it's the most profitable device they sell.


A less obvious consideration, and one which is often mistaken for arrogance and an obsession with control is that Apple devices, for almost the entire history of the company, have basically been designed for people who don't care about or for computers. That makes sense considering that's a big part of who Steve Jobs was. As hard as it may be for a die hard technology devotee (some would say nut) like me to understand, most people don't want a computer.

They want Facebook, Twitter, YouTube, and Netflix. They want email, instant messaging, and media playback. The fact you need a computer for these things isn't a feature to most people. It's an inconvenience. Apple's solution to this dilemma is making their products look and feel as little like computers as possible. In terms of iOS that means providing basic apps for their mobile devices which offer a consistently favorable user experience more like traditional gadgets like the iPod than a "real" computer.

That experience does not come without a price though, either for Apple or their customers. They don't just want to provide that experience, they also want to force third party app providers to follow their lead. On occassion Apple uses their relatively strict app approval procedure to kill software which could significantly improve the iOS platform. Customers, while generally happy, may find themselves frustrated by 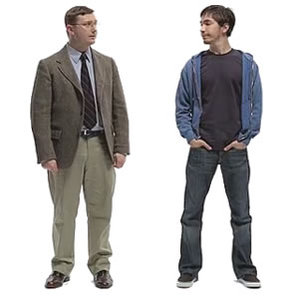 The differences between Mac and PC make Apple so successful -- and so fragile
the lack of competition or choice for anything Apple considers a core feature.

Another hidden price for iDevices is the lack of microSD storage which was standard for feature phones and smartphones alike long before the first iPhone was built. While it's nice to have a lot of internal storage, it lacks the flexibility or cost effectiveness of simply popping in a tiny expansion card. On the other hand it's quite cost effective for Apple since it means higher profits for models with more storage. This is less significant today thanks to their cloud storage offering, but those two things don't always solve the same problems.

In the long run Apple's closed platform could pose a significant challenge for the company. If they fail to recognize an important change in the market or don't let third parties innovate enough they could lose ground in the market fairly quickly. Likewise relying on high profit margin seems like a strategy which cannot possibly remain viable forever. Just like other countries which have ruled the manufacturing roost in the past, the cost of manufacturing in China is guaranteed to rise eventually.


Bolstered by their success in the music world, Apple also seems to be hedging their bets on the status quo in copyright law being maintained. Over the past few years, particularly since the iPad's debut, Apple have put a lot of effort into building solid relationships and even alliances with traditional content producers from the entertainment and publishing industries. It's only a matter of time before content prices are forced down precipitously, as we're already seeing in places like recorded music, or else content owners are forced to sell their companies to someone with a better grasp of history and fundamental economics.

Apple seems to have bought into the publishing industry's vision of controlling ebook prices from the top to avoid cannibalizing physical book sales. That's not to say Apple believes it will work. More likely they see 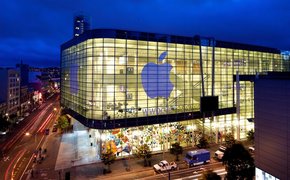 Apple is friendly but not always your friend
it as a way to dominate ebook downloads the same way they do music downloads. Certainly it gives them an ally against the current ebook market leader, Amazon, who most major publishers see as not just a competitor, but also an enemy of their entire industry.

That's the same strategy which didn't work for record labels a decade ago and isn't working for the movie and TV industries now. It won't work any better for publishers for the same reasons. An ebook doesn't have same value as a printed book any more than early printed books had the same value as a handwritten manuscript. A seller can set any price they want but the buyer has final say over the value. If you price an ebook (or song or movie) above its value people won't buy it. If you refuse to compete with your own products someone else will.

Apple went to great lengths working out exclusive deals with US textbook publishers early this year. They hope to stimulate widespread adoption of the iPad in schools. It's great in principle, and mobile devices are clearly the future of education, but you would be hard pressed to find a school in the US with the resources to spend hundreds of dollars per student for iPads plus potentially another $100 - $200 as recurring expense (once again each and every year) for textbooks. Most schools today are finding it difficult to make payroll without staffing cuts.

Since Apple has also gone out of their way to make sure none of those textbooks will be usable without an Apple device there isn't even an option to buy cheaper hardware or reuse existing Windows machines to reduce the initial buy in. The benefit to Apple and the publishers is obvious. They maintain high margins - publishers would actually increase theirs by eliminating printing and distribution. But somebody has to pay for those profits and even most of the richest private schools would find that difficult, if not impossible, to do.

Innovation is still the key


On the other hand Apple still has some big advantages in the form of the massive install base for iOS and their willingness to continue innovating. The downfall of most market powerhouses is not what their competition does, but rather what they fail to do. While Apple is as guilty as any company out there of abusing the patent system to erect barriers to competition, they haven't yet fallen into the trap of using that as a substitute for innovation.

Like most wildly successful market leaders Apple is potentially their own worst enemy in that regard, but they won't be taking themselves out of the race today or likely even tomorrow. If you buy an iDevice you may be disappointed with the cost of media or DRM on ebooks but for most people the overall satisfaction level seems to more than compensate. That's not entirely Apple's doing either. The majority of people who consider those things deal breakers already know an iPhone or iPad isn't for them.

What's less clear about Apple's future is to what degree their insightful product decisions were dependent on Steve Jobs' unique perspective. It's true Jobs wasn't a technical wizard or a prophet of technology as some people seem to believe. He was, however, a gifted CEO who got the chance to learn things most don't thanks to his exile from Apple and inability to repeat their success. The Steve Jobs who left was fairly typical for 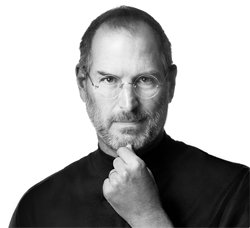 successful businessmen. He saw his success as mostly a result of his personal genius. He came back appreciating the value of other people's ideas.

If anything the genius of Steve Jobs was in sharing other people's visions and figuring out how to push the creative people around him in the right direction. Can current CEO Tim Cook do that? If not what can he do to provide the same level of leadership? Was Steve Jobs a unique phenomenon or did he build a corporate culture capable of continuing his legacy? Nobody knows yet but you can be sure we will find out within the next two or three years.