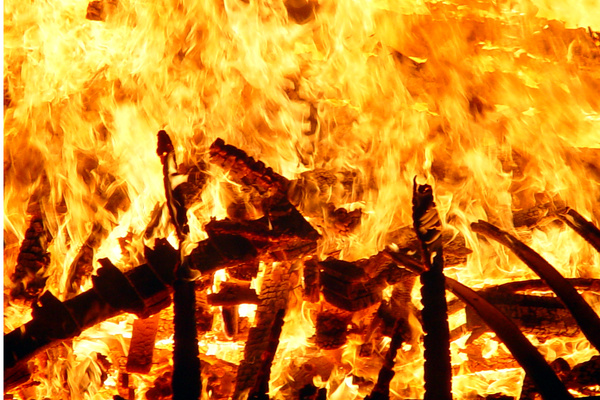 In the first installment of our look at the major mobile device players we dissected Apple, who were really the first company to create a combined device/content store ecosystem. Already a growing force in the content market, last year Amazon entered the market with the Kindle Fire, a generally unimpressive piece of hardware that was mostly a BlackBerry Playbook with the serial numbers filed off.

At first glance Amazon's tablet business appears very similar to Apple's. Apple is the leader in music sales and Amazon is the top ebook seller. However their business models are actually polar opposites. The iTunes store is a side business for Apple, designed to help sell hardware. Amazon, on the other hand, sells tablets as an incentive to purchase content. Apple's profit margins are the highest of any device vendor. Amazon aims for volume at the expense of profit per unit.

For consumers this is a mixed bag. Amazon's music store is almost inconsequential in sales terms compared to iTunes but the selection is still good and the prices are competitive. Relative to Netflix their streaming video service, Amazon Prime, is similarly second string. Netflix has a distinct advantage in selection but that's also reflected in the price. In case it matters to you, and that would put you in the minority, Amazon also has VOD and (DRM-infested) video purchases.


Much more significant is the fact that an Amazon Prime subscription also bundles deals across the spectrum of Amazon's ecosystem. Even if you don't bother with Prime you can find a lot of great deals on content, particularly music downloads and ebooks. And of course when it comes to ebooks they're far and away the market leader. They offer the best selection. They price big name titles as competitively as possible, and even have a massively popular self publishing program.

None of that should be surprising given their origin as the first major online book retailer. If Amazon's attempts to compete in all those other media markets seems 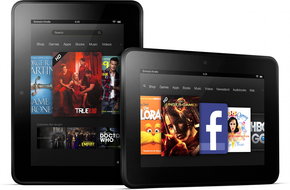 like a longshot that history is something you should keep in mind. They may be the established veterans in Internet terms, but little more than a decade ago the entire company was considered a long shot by a lot of very smart analysts.

As it turns out the strategy those people criticized Amazon for, building market share and operational efficiency at the expense of immediate profit, was instrumental in surviving the dot com collapse in 2000. The same strategy was also instrumental in reaching their dominant position as an ebook retailer with simultaneous investments in content and the original Kindle ebook reader. It's also at the heart of their tablet business.


Not closed but not entirely open


For the most part this approach been a win for consumers, which is not to say all of Amazon's decisions are for your benefit. Along with the first Kindle Fire Amazon introduced a new proprietary eBook format which can only be read on their hardware or by one of their software clients. If you buy a lot of Amazon ebooks that support, combined with features like their lending library, may be reason enough to choose one of their tablets.

However if you also buy a lot of ebooks from other places, particularly the numerous competitors who rely on the more standard ePub format, you may not be quite so enthusiastic 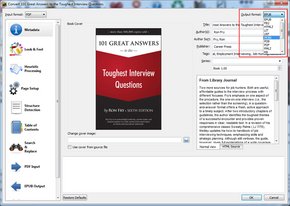 Converting ebooks with Calibre
about the Kindle Fire line. If you want to read those books on an Amazon tablet you will either have to convert them to another format with a program like Calibre or jump through some hoops to install a third party ePub reader.

Amazon's App Store, the only one whose client comes installed on their tablets, does have ereaders which would do the trick but you won't find them if you visit with your Kindle Fire. In fact that's a general problem for app installation since the Amazon store doesn't have as wide a selection as the standard Google Play store most Android devices get access to. If you want to install any of these non-supported apps expect to jump through some hoops.

On one hand the process isn't a big deal if you're reasonably tech savvy, by which I mean you can use a search engine, follow simple instructions and your eyes don't glaze over when somebody tells you to open Windows Explorer. Certainly it doesn't rise to the level of control exercised by Apple on the iPad or Microsoft on the upcoming Windows RT tablets. Rather than the roadblocks built into those products Amazon simply makes you take a detour and provide your own map.

If you aren't at all tech savvy, even if you don't care to be, this may not be a deal breaker. You might never care about using a single app which isn't either installed by default or available through the Amazon App Store. Aside from ebooks Kindle Fire tablets support the standard range of common media formats. Chances are your audio and video files will play without any problems.

Good hardware but is it good enough?


If there is one place where Apple and Amazon do agree it's that tablets don't need expandable storage. Just like the iPad, Kindle Fire tablets don't have microSD slots. If you want more storage you will have to either upgrade to a more expensive tablet or rely on the cloud. Neither option is a perfect replacement for supporting relatively cheap and extremely portable expansion cards, particularly if you are using one of the standard models which rely on WiFi for connecting to the Internet.

Kindle Fire HD
like a bizarre ommission. But of course being a Kindle (and direct competitor to the Barnes & Noble Nook Color and Nook Tablet) you could perhaps argue Amazon considered it primarily an ereader. Unfortunately its display turned out to perform poorly in terms of glare.

Both issues were addressed in the second generation hardware and reviewers have been pretty impressed with the improvements overall. In addition to a faster processor and more RAM, the missing volume controls were added. The manufacturing process was also changed to reduce glare, although not necessarily as much as many people would have liked. But the improvement is measureable, and was confirmed in independent testing by DisplayMate. On the whole the consensus is that the new version is significantly better than the original. You shouldn't expect the best hardware for what Amazon charges but some people would argue Google's Nexus 7 is a better value for the same price.


A tablet or something less?


Comparisons between different generations aside, the most important thing to understand about these tablets is that Amazon is more than just the brand name. Amazon media is a Kindle Fire's purpose, literally its entire reason to exist. It doesn't lock you into the Amazon ecosystem but that's where it excels. The further you get away from Amazon services the less satisfied you are likely to be. Whether that's a big deal, a small deal, or no deal at all depends on what you want to do and how much of it revolves around what Amazon provides.

In fact if you want to maximize your use of Amazon content and services there isn't another tablet which can do the job for anywhere near the same price. Whatever weaknesses it has, Amazon's general strategy has the benefit of focusing almost exclusively on consumers. They

That attitude has made Apple an attractive partner for the most powerful book publishers but at the end of the day they will have to deal with whoever attracts the most customers. Unless and until the market changes significantly that's Amazon. If they can perform the same magic in the video and music markets, and clearly they think tablets will help them do that, a Kindle Fire could be the best possible investment if you are looking for a media-centric mobile device. Especially once the 8.9-inch models become available later this year.