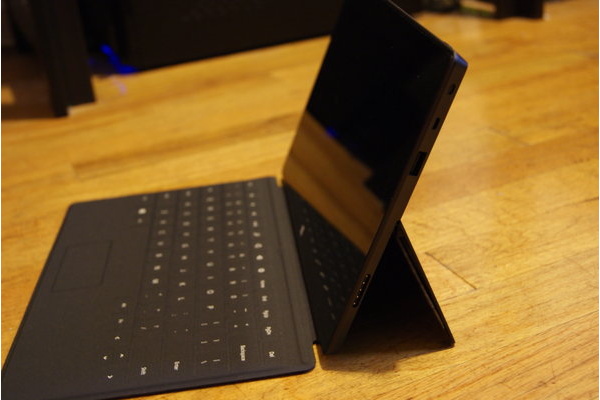 Microsoft has finally unveiled the pricing for their upcoming Surface Pro tablet.

The tablet, which runs on Windows 8 Pro as opposed to the current Windows RT-based versions, will start at $899 for a 64GB model and reach a cool $1000 for the 128GB model.

Each of the stated models will come with a stylus but will not include a Touch or Type cover, which cost $100-$130 and are what make the Surface a truly productive device.

Both will be available mid-January but there was no timeline for when pre-orders will begin.

From a design standpoint, the devices will look the same as the existing Windows RT tablets, but under the hood they are very different. The tablet has a full 1920x1080 resolution, a third-generation Core i5 processor and a full Intel HD Graphics 4000 GPU. Additionally, there are 4GB of RAM, a Mini DisplayPort, a USB 3.0 port and Windows 8 Pro, which gives access to all existing Windows applications, making it infinitely more usable than RT.

The device will weigh 2 pounds (compared to 1.5 for the RT) and include a 42W-h battery which will offer just 4.5 hours of juice compared to 8 for the RT.