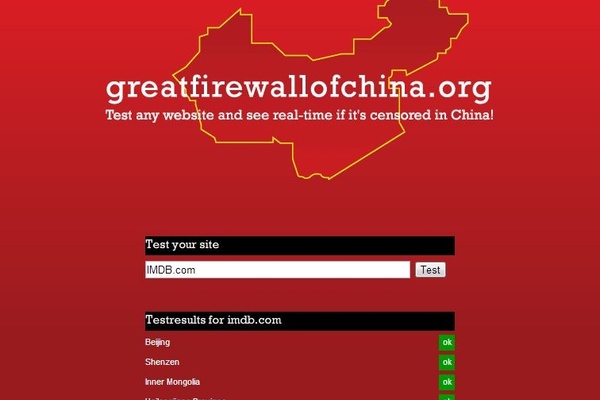 Movie fans in China were delighted this week when the state censors unblocked IMDB, the world's largest movie and actor database.

The site had been blocked from access in the nation since 2010.

Both the English and Chinese language versions were unblocked, although it is unclear if the move is part of a larger media relaxation in China. All media is tightly-controlled by the government, part of the so-called "Great Firewall."

Originally, IMDB was blocked due to its promotion on the homepage of a documentary on Tibet. China blocks all notions of Tibet.