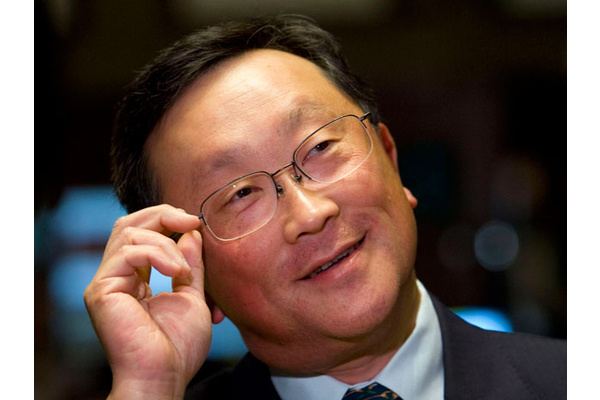 BlackBerry has seen another setback in its ongoing efforts to rebound, as the company brought in less than $1 billion revenue for the first time since the financial crisis was in its early stages in late 2007.

The Canadian smartphone maker lost $423 million but excluding one-time items the loss was just $43 million, much smaller than expected. Regardless, the company's stock took a hit, dropping 7 percent for the day.

New CEO John Chen was lauded for cutting expenses so quickly, but with revenue falling so quickly it may not matter. Chen has moved away from the consumer hardware business, and instead is emphasizing the company's enterprise network, its embedded QNX operating system used in automobiles and industrial machines and the BlackBerry messenger software which has been expanded to iOS and Android. "I see this as a good turnaround plan," Chen said. "Knock on wood I'm hoping that it will also slow down the erosion."

BlackBerry's revenue for the quarter broke down as follows: 56 percent from services, 37 percent from hardware (mainly BlackBerry 7 phones) and 7 percent for software and all other revenue.