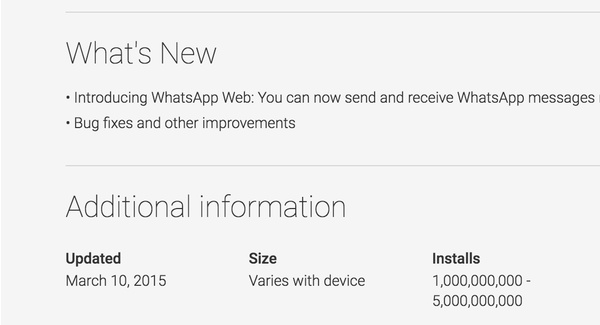 We have a small blurb today that comes with an astounding figure.

Jan Koum, founder and CEO of WhatsApp has announced today that the messaging service has reached 1 billion installs on Android, joining elite company. Other members of the club are Facebook and Google, that's it, with Google own Maps, Play Services, Google+ and Google Search each hitting the milestone individually.